A model of stereocilia adaptation based on single molecule mechanical studies of myosin I. 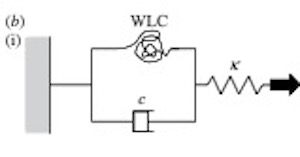 We have used an optical tweezers-based apparatus to perform single molecule mechanical experiments using the unconventional myosins, Myo1b and Myo1c. The single-headed nature and slow ATPase kinetics of these myosins make them ideal for detailed studies of the molecular mechanism of force generation by acto-myosin. Myo1c exhibits several features that have not been seen using fast skeletal muscle myosin II. (i) The working stroke occurs in two, distinct phases, producing an initial 3 nm and then a further 1.5 nm of movement. (ii) Two types of binding interaction were observed: short-lived ATP-independent binding events that produced no movement and longer-lived, ATP-dependent events that produced a full working stroke. The stiffness of both types of interaction was similar. (iii) In a new type of experiment, using feedback to apply controlled displacements to a single acto-myosin cross-bridge, we found abrupt changes in force during attachment of the acto-Myo1b cross-bridge, a result that is consistent with the classical ‘T2’ behaviour of single muscle fibres. Given that these myosins might exhibit the classical T2 behaviour, we propose a new model to explain the slow phase of sensory adaptation of the hair cells of the inner ear.

A model of stereocilia adaptation based on single molecule mechanical studies of myosin I. - December 1, 2004 - Mark Wallace