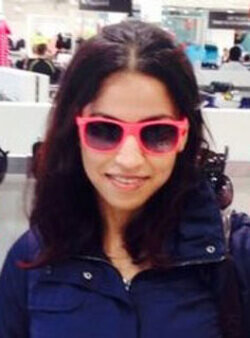 Hajra Basit Hajra joined the Wallace group in Oxford on a Marie Curie IE fellowship in July 2014. In her time in the Wallace group, she studied the twin-arginine transport system, both, in vivo and in vitro. She then obtained a John Fell fund in collaboration with Simon Newstead, to extend this work to studying other transporter proteins of the MFS type in artificial bilayers, using single-molecule FRET.